IoB Seminar Series: Prof. Ehud Gazit, Self-assembly of Ultrashort Peptides and Metabolites: From Biology to Nanotechnology and Back 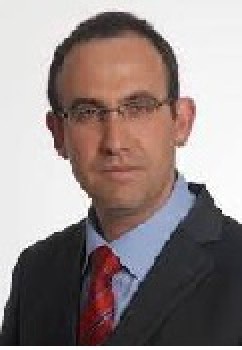 Bio-inspired nanotechnology is a key front in the field of molecular self-assembly of new structures and composite families at the nano-scale. Concept and notions from biological self-assembly could allow the design and fabrication of nanomaterials, while molecular self-assembly paradigm could be applied to biological systems. Our work on the mechanis m of aromatic peptide self-assembly, lead to the discovery that the diphenylalanine recognition motif self-assembles into peptide nanotubes with a remarkable persistence length. Other aromatic homodipeptides (including those with non-coded amino acids as DOPA) could self-assemble in nano-spheres, nano-plates, nano-fibrils and hydrogels with nano-scale order. The modification of peptide building blocks with the Fmoc protecting group allows the formation of hydrogels with nano-scale order.

The combination of DNA properties and peptide backbone in the form of Peptide Nucleic Acid (PNA) resulted in light emitting assemblies that exhibit both stacking and Watson-Crick base-pairing. We recently extended our studied to single amino acids and metabolites. We established the concept that even these entities can form well-ordered assemblies with amyloid like properties including ultrastructural morphology, toxicity leading to apoptosis, ThT-binding, and Congo-red birefringence.