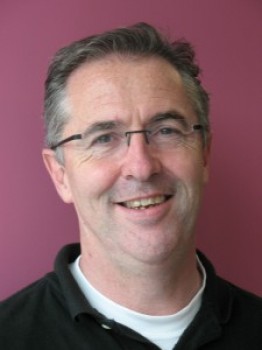 A surge of recent studies have highlighted the role of blood flow in determining plaque growth and plaque composition, both in animal studies and recent clinical trials. Despite these compelling data the underlying mechanism for flow-induced plaque formation is currently unknown.

Blood flow is sensed by endothelial cells, and these cells react to blood flow by changing their gene signature. Initial studies showed that approximately 2000 genes are regulated by blood flow, distributed over 40 signalling pathways regulating 15 transcription factors and their changes during plaque development are currently unknown. In this presentation, we report the development of a novel platform that enables to study the adaptation of endothelial gene networks in vascular biology.

This platform consists of state-of-the art ultra-high resolution, small animal imaging (?CT, ?MRI and US) coupled to finite element methods to determine the endothelial shear stress and strain fields during the development of the vulnerable plaque. These maps will subsequently drive a robot-driven laser-capture machine (Zeiss, PALM microbeam) which will isolate groups of endothelial cells exposed to a certain shear and strain field during plaque development. Next, RNA will be isolated, amplified with linear amplification kits, and libraries are prepared for deep RNA sequencing (Illumina Hiseq 2500). After this, in-house developed bioinformatics tools will be applied to decipher gene networks and gene modules. Entire gene networks are subsequently tested with a newly in-house developed siRNA microfluidics system for cardiovascular studies, which consists of a programmable robot-dispenser and a bespoke, in-house developed combined flow-cell and microporator. In parallel to this, live cell imaging tools are developed to determine network dynamics from single cell measurements, which will be coupled to the siRNA microfluidics system to steer synthetic network design. In a first series of studies we have developed a synthetic gene network to determine the activity of a GPCR-dependent mechanosensor and we are coupling this novel technology to a bespoke microfluidic chamber to test a library of small drugs to decipher a novel treatment of flow-induced TCFA.