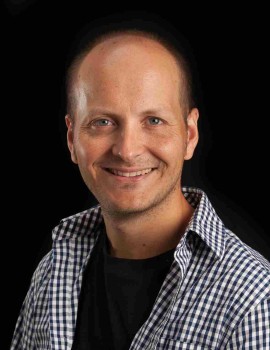 Abstract:
Biological processes such as morphogenesis, tissue regeneration, and cancer invasion are driven by collective migration, division, and folding of epithelial tissues. Each of these functions is tightly regulated by mechanochemical networks and ultimately driven by physical forces. I will present maps of cell-cell and cell-extracellular matrix (ECM) forces during cell migration and division in a variety of epithelial models, from the expanding MDCK cluster to the regenerating zebrafish epicardium. These maps reveal that migration and division in growing tissues are jointly regulated. I will also present direct measurements of epithelial traction, tension, and luminal pressure in three-dimensional epithelia of controlled size and shape. By examining epithelial tension over time-scales of hours and for nominal strains reaching 1000%, we establish a remarkable degree of tensional homeostasis mediated by superelastic behaviour.

Biography:
Xavier Trepat received a BSc in Physics in 2000 and a BSc in Engineering in 2001. In 2004 he obtained his PhD from the Medical School at the University of Barcelona. He then joined the Program in Molecular and Integrative Physiological Sciences at Harvard University as a postdoctoral researcher. In 2008 he became a Ramon y Cajal researcher at the University of Barcelona and the Institute for Bioengineering of Catalonia (IBEC), and in January 2011 he became an ICREA Research Professor. His research at IBEC focuses on integrative tissue dynamics and cytoskeletal mechanics.