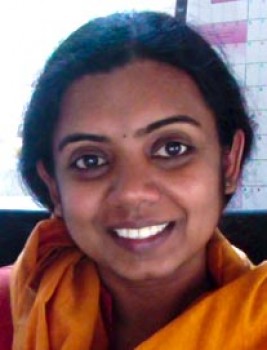 By developing and employing high-resolution live-cell imaging techniques, Dr Draviam has significantly contributed to the molecular understanding of how microtubule-mediated forces ensure proper cell division. Microtubules capture chromosomes and pull them apart into two sets; simultaneously, microtubules rotate the mitotic spindle to dictate the plane of division. The group demonstrated that human chromosomes are captured along microtubule-walls and then brought to microtubule-ends, without detachment, and termed this the end-on conversion process. The group has identified several proteins important for the multi-step end-on conversion process, and genome stability. Searching for similar microtubule wall interaction at other subcellular spaces led to the discovery of MARK2 as a microtubule length regulator needed to push the spindle to the cell's center for normal rotation. While pulling forces are known to be important for spindle rotation, the Draviam group revealed the importance of spindle pushing forces. These, molecular findings on microtubule-mediated force generation has implications for cancer cell biology and epithelial tissue engineering.