Electrospinning: Technologies and Applications in the Biomedical Field, with Professor Min Wang 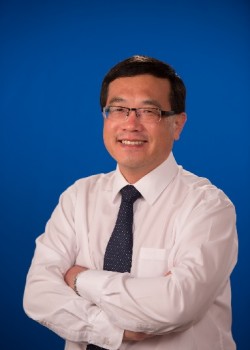 Electrospinning: Technologies and Applications in the Biomedical Field, with Min Wang PhD CSci CEng, Department of Mechanical Engineering, The University of Hong Kong

About the Speaker
Min Wang was awarded BSc (1985) and PhD (1991), both in Materials Science and Engineering, by Shanghai Jiao Tong University and the University of London, respectively. He is a Chartered Engineer (CEng, 1995) and Chartered Scientist (CSci, 2005), UK. Dr. Wang is a full professor at The University of Hong Kong (HKU) since 2008. As Programme Director, he led HKU’s interfaculty Medical Engineering Programme in 2013-2018. He has also served as Chairman of the Biomedical Division and Council Member of the Hong Kong Institution of Engineers (HKIE). Prior to joining HKU in 2003, Dr. Wang conducted research and teaching in universities in the UK (1991-1997), Singapore (1997-2002) and Hong Kong (2002-2003). Due to his outstanding achievements, he has been elected fellow or academician of professional societies in the UK, USA, Hong Kong and internationally (FIMMM, 2001; FIMechE, 2007; FHKIE, 2010; FBSE, 2011; AIMBE Fellow, 2012; WAC Academician, 2013). Dr. Wang’s research interests include biomedical materials, tissue engineering, controlled release, and bionanotechnology. He has a large number of publications in peer-reviewed journals, conference proceedings and books. He has given many conference presentations, including more than 160 invited talks at international conferences. He was Chairman and/or Organizer of more than 20 international conferences, including symposia in World Biomaterials Congresses. He has been the Series Editor of Springer Series in Biomaterials Science and Engineering books since 2012 and Editor or Associate Editor of several journals (Materials Letters, Nano LIFE, Medical & Biological Engineering & Computing, etc.). He also serves/served in the Editorial Board of 20 other international journals.