'Can we predict how pharmaceuticals will crystallize?' with Professor Sally Price, FRS from University College London 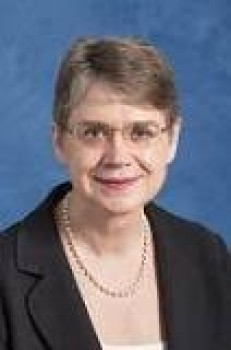 We have the great pleasure to host Professor Sally Price FRS from University College London, who will deliver the 2019 Dewar Lecture:

“Can we predict how pharmaceuticals will crystallize?”

SHORT BIOGRAPHY
Professor Sally Price is a world-leading computational chemist with expertise in the area of organic crystallisation. Sally trained as a theoretical chemist at the University of Cambridge, specialising in deriving models of the forces between molecules from their wave functions. She worked at the Universities of Chicago and Cambridge, before becoming a lecturer at UCL, where she is now a Professor specialising in Computational Chemistry.

In developing the theory and computer codes to model the organic solid state, she has collaborated widely with experimental solid state chemists, pharmaceutical scientists, theoretical physicists and computational scientists, including leading the Basic Technology Project “Control and Prediction of the Organic Solid State”. She was awarded the RSC Interdisciplinary Prize in 2015 and elected to the Fellowship of the Royal Society in 2017 in recognition of the value of this collaborative work that has, and continues to, reveal the complexities of organic crystallisation.

Sally has written over 200 scientific publications, mainly in Chemistry journals but also in leading Pharmaceutical Science, Crystallography Molecular Biology and Physics journals. Those arising from the CPOSS work which form the basis of this lecture are on the website www.cposs.org.uk. Many of these are multi-disciplinary arising from stimulating work with a large number of PhD students, PDRAs, and academic and industrial scientists from many disciplines.

ABSTRACT
Crystal Structure Prediction (CSP) methods were developed on the assumption that an organic molecule would crystallize in its most stable crystal structure. Even implementing this approach is a challenge to computational chemistry methods, as shown by the Cambridge Crystallographic Data Centre’s blind tests. Polymorphism adds additional challenges, as this is usually a kinetic phenomenon with metastable polymorphs being unable to transform to the more stable structure in the solid state, and the most stable polymorph being difficult to crystallise for the first time. CSP is being developed as an aid to polymorph screening, particularly in the pharmaceutical industry, through calculating the crystal energy landscape, the set of crystal structures that are thermodynamically plausible as polymorphs. However, the crystal energy landscape usually includes more crystal structures than known polymorphs, raising the question as to why more polymorphs are not found. This can be due to the approximations in the calculations, particularly the use of lattice energies rather than free energies but also the lack of consideration of kinetics. Sometimes the prediction of a putative polymorph can allow the design of a specific experiment to find it, for example by using an isomorphous crystal of another molecule as a template. More commonly, the crystal energy landscape can rationalize observations of complex crystallization behavior, such as the occurrence of disorder. Whilst the crystallization behavior of some molecules is easily predicted, many pharmaceuticals and chiral compounds really challenge our understanding of crystallization and ability to model thermodynamics.